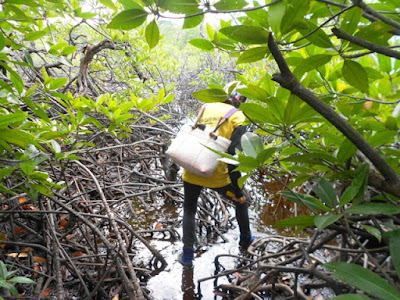 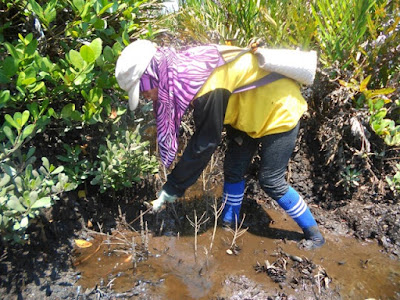 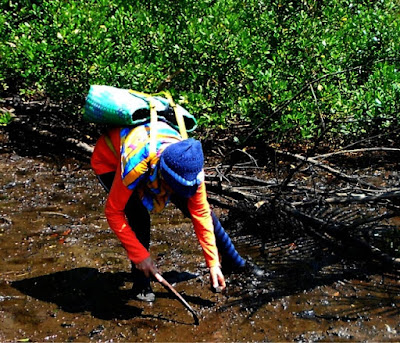 (Her name is Sahbah bt Sisa, a Kedayan 'wonder women' from Lawas. Her 'job spec' includes enduring the bad smell of mud in a dangerous swamp habitat, bending her body while fencing off mosquitos under the flaming sun. All those are pale in comparison to the joy of securing a beautiful future for her daughter Ain Jadan. Her daughter's painting is just a thing, what is eternal is unconditional love that she had planted in the heart of Ain Jadan). #gemaBELAS2017 #BELASinsan #BELASalam #balaiseninegara 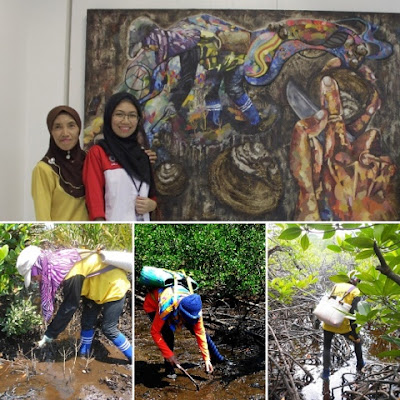 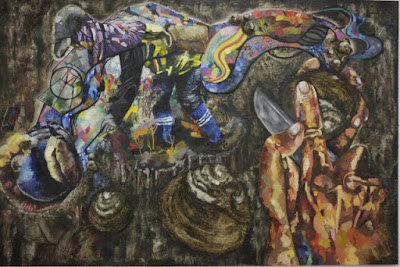 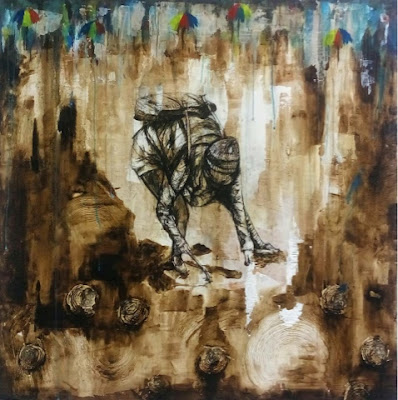 Enlightening awesome happenings emerge when we focus and invest our energy on those whom we love, care & like (not the other way around, as preferred by some, through their social media postings for examples). Thats my ceposen. Stay awesome u all. We r blessed. 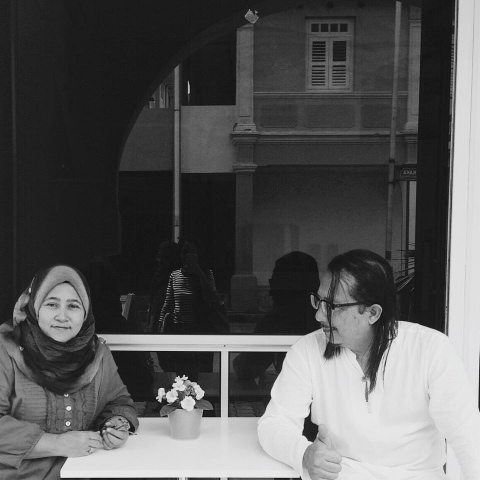 SMILE TO THE UNIVERSE

Give a hearty smile to the Universe (through one's social media postings, for an obvious example), insyaAllah one will receive likewise smile through so many unxpected circumstances in return. 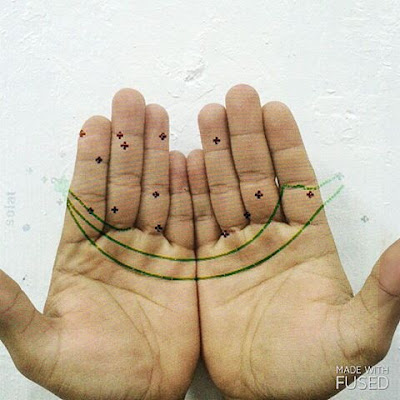 The green lines were generated from a motion-captered movement of a point (tip of a middle finger) during takbiratulihram and rukuk. 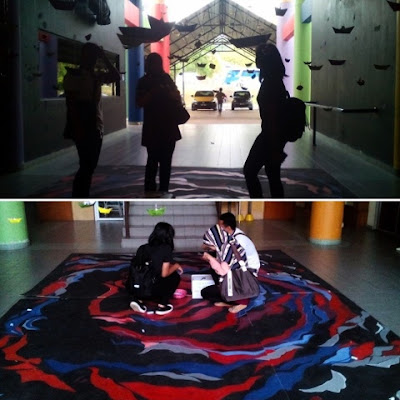 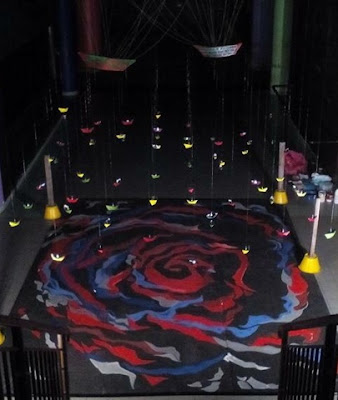 Mahadi's 'Ajung Berlabuh' echoes perfectly the spirit of love, compassion and forgiveness. It is a community-oriented pop-up installation of small boats suspended on top of a painted turbulent floor. It is based on a traditional healing ritual of Idahan, mostly in Lahad Datu Sabah. It invites the public to pass-by(step on), write down their 'problems' (unresolved issues, emotional baggage or any forms of mental-emotional toxics) on a piece of paper to be droped inside a box, and to pick-up candies from the suspended small boats before leaving. The collected 'problems' will later be floated into a river (or ocean mayb) by Farah herself. The whole set-up and performative process function as an apt metaphor for the act of 'forgiveness, letting go and moving on'. Despite its reference to folk tradition, Farah's work is very contemporary if one approaches it from a healing and psychological perspective. It relates directly to current alarming findings from a research conducted by the Ministry of Health on mental health of Malaysians. It is also public-friendly, inviting  and emits an air of a street-art charm. #gemaBELAS2017 #BELASinsan #BELASdiri #BELASalam #balaiseninegara 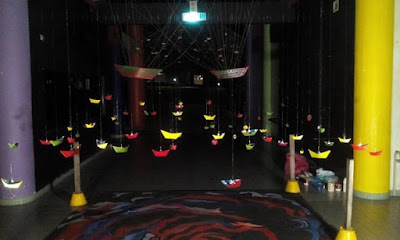 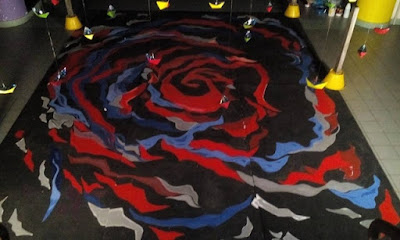 A LADY FARMER FROM TAMPARULI & HER SUPER-TALENTED GRANDSON

No, this is not a photograph. Its a charcoal drawing, ok. Took 2 months for Freandy Jose Pinus, 23, to complete. Freandy is a final year student at UMS (Universiti Malaysia Sabah). For me, its not just the wonderful skill, or the photo-realist style, but the presence of his nenek whom he said represents 'orang kampung biasa2'. Sungkoi Gusiang, 65 years old, has been farming and selling her produce at the famous Tamparuli Tamu (market) since she was a teenager. She reminds me of my own wonderwomen, my Bonda. I hope to share this work with folks at 'tamu' in Tamparuli and Kundasang for the next Gemabelas2017 tour in October.

Standing in front of the drawing, I could sense the preseverence, hard-working, patience, kindness, honesty and most of all, enduring love between this women and her very humble & polite grandson-artist. I really hope he will stay humble and polite in the future. Absolutely awesome encounter. 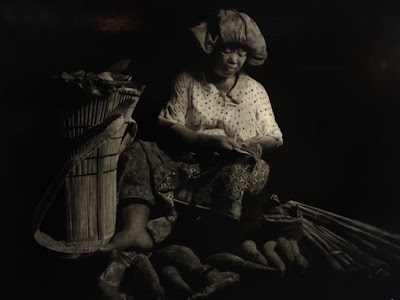 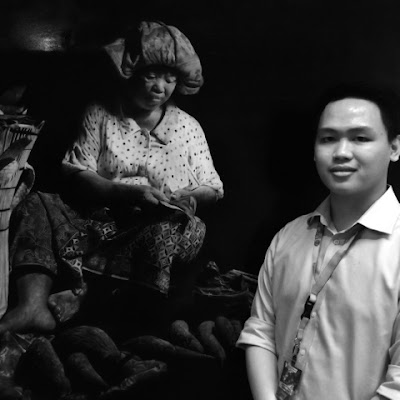 This is probably the most beautiful response with regards to GENDER EQUALITY issue.

Women are beautiful for the way they are. They dont become better by simply mimicking what men do. Something is not better just because a man does it.

Long article but worth it.

On March 18, 2005 Amina Wadud led the first female-led Jumu`ah Prayer. On that day, women took a huge step towards being more like men. But, did we come closer to actualizing our God-given liberation?

Thank you for your inspiring question!

Well, answering your question, I can say that I don’t think so.

What we so often forget is that God has honored women by giving them value in relation to God—not in relation to men. But as Western feminism erases God from the scene, there is no standard left but men.

As a result, the Western feminist is forced to find her value in relation to a man. And in so doing, she has accepted a faulty assumption. She has accepted that man is the standard, and thus a woman can never be a full human being until she becomes just like a man—the standard.

What she didn’t recognize was that God dignifies both men and women in their distinctiveness, not their sameness. And on March 18, Muslim women made the very same mistake.

For 1,400 years, there has been a consensus of scholars that men are to lead prayer. As a Muslim woman, why does this matter? The one who leads prayer is not spiritually superior in any way.

Had it been the role of women or had it been more divine, why wouldn’t the Prophet have asked Lady `A’ishah or Lady Khadijah, or Lady Fatimah—the greatest women of all time—to lead?

These women were promised heaven and yet they never led prayer.

But now, for the first time in 1,400 years, we look at a man leading prayer and we think, “that’s not fair.” We think so, although God has given no special privilege to the one who leads. The imam is no higher in the eyes of God than the one who prays behind him.

On the other hand, only a woman can be a mother. And the Creator has given special privilege to a mother. The Prophet taught us that heaven lies at the feet of mothers. But no matter what a man does, he can never be a mother. So why is that not unfair?

When asked who is most deserving of our kind treatment? The Prophet replied “your mother” three times before saying “your father” only once. Isn’t that sexist? No matter what a man does, he will never be able to have the status of a mother.

Being sensitive is an insult, becoming a mother is a degradation. In the battle between stoic rationality (considered masculine) and selfless compassion (considered feminine), rationality reigns supreme.

If men lead prayer, we assume the imam is closer to God, so we want to lead prayer too.
Somewhere along the line, we’ve accepted the notion that having a position of worldly leadership is some indication of one’s position with God.

A Muslim woman does not need to degrade herself in this way. She has God as a standard. She has God to give her value; she doesn’t need a man here.

In fact, in our crusade to follow men, we, as women, never even stopped to examine the possibility that what we have is better for us. In some cases, we even gave up what was higher only to be like men.

Fifty years ago, we saw men leaving the home to work in factories. We were mothers. And yet, we saw men doing it, so we wanted to do it too. Somehow, we considered it women’s liberation to abandon the raising of another human being in order to work on a machine.
We accepted that working in a factory was superior to raising the foundation of society—just because a man did it.

Then after working, we were expected to be superhuman—the perfect mother, the perfect wife, the perfect homemaker, and have the perfect career. And while there is nothing wrong, by definition, with a woman having a career, we soon came to realize what we had sacrificed by blindly mimicking men.

We watched as our children became strangers, and soon recognized the privilege we’d given up.

And of those working mothers, a survey conducted by Parenting Magazine in 2000, found that 93 percent of them say they would rather be home with their kids, but are compelled to work due to “financial obligations.”

It took women in the West almost a century of experimentation to realize a privilege given to Muslim women 1,400 years ago. Given my privilege as a woman, I only degrade myself by trying to be something I’m not, and in all honesty, don’t want to be—a man.

As women, we will never reach true liberation until we stop trying to mimic men and value the beauty in our own God given distinctiveness.

I hope my words answer your question. In case you have any comment or you need more about the topic, please don’t hesitate to contact us again.
Posted by Hasnul J Saidon @ Kebun Jiwa Halus at 23:11 No comments: