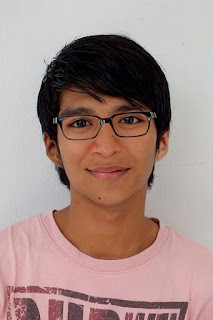 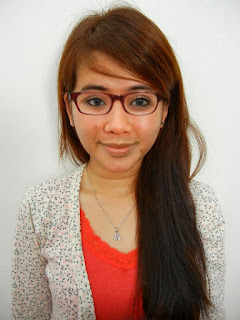 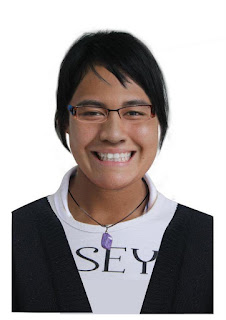 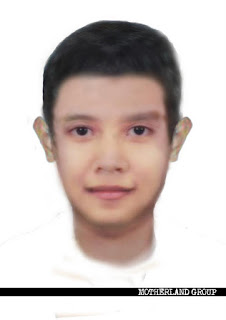 These are pictures or faces of individuals that don't really exist (at least not physically).  They look real, but they are not. Or are they (more real) than what our eyes or finite perception (and our minds) like to make us assume?
They were actually digitally created from an amalgamation (or combination) of many different physical attributes from several individuals in four groups of students. The students are from the first year design department of the School of the Arts, Universiti Sains Malaysia (USM).
The 'virtual' individuals above are a part of their course assignments for "Cross-cultural Design", a course that I've been running for I think, 7 years already (7 batches of students).
For this assignment, students are encouraged to think about the impact of new media and online technology in their daily life experiences, especially in forming their personal and collective 'identity'.
The assignment was designed to make students aware of how online and media technology has permeated into their life and how such infusion has contributed towards cross-cultural exchanges and hybrid identities.
Each student was asked to take a digital photo of his/her portrait (thus converting their 'physical' attributes into 'virtual' attributes).
The conversion is an apt metaphor for a shift in perceiving 'identity' as a physical form, to perceiving identity as 'information' or a state of mind and emotion.
A physical form (including a physical notion of cultural self) features the following traits:
Isolate/separated,
Independent,
tangible,
frozen,
permanent,
static.
In short, a physical state is a lower form of energy or light.
A state of mind and emotion (including a virtual notion of cultural self) features the following traits :
Interconnected,
interdependent,
intangible,
fluid,
transient,
impermanent,
ephemeral,
fluctuating.
In short, a state of mind and emotion, is a higher form of energy or light.
After the conversion from physical to virtual, or from form to 'information', the students were asked to combine all the different physical attributes of the group members into one cohesive character (face).
The notion of cultural self and identity here is taken as a fluid state of 'becoming' and 'being' rather than a static or permanent 'object'. Identity is 'performed', if not transient.
Culture and cultural heritage too, is not taken only as a 'form of object' anymore (as often subscribed by a certain quarters of heritage 'police' here in Malaysia).
Self and culture, through this reading, are not permanent entities. It would be unnatural (anti fitrah) to do so. Cycle of change is a natural and sustainable part of every living beings (and things) including what is taken as 'cultural heritage'.
Objectification of self and culture (including cultural heritage) is only a form of pragmatic language and discourse, regulated  for many purposes (including many ends of course, such as political, economic, social, etc).
Therefore, the notion of self, identity and culture is a field of contestation (ideological contest). Those with better means of dominating and controlling language and discourse (the way we create a consensual meaning about who we are), will be able to create what is referred to as 'meta-discourse'. Simply speaking, a meta-discourse is the 'yardstick' that which we (or a particular community or society) utilize language and engage in discourse (the way we communicate and express ourselves, including in other visual and aural forms, not only writing and speaking). Meta-discourse creates meanings about who we are (culturally, politically, economically, socially, and even spiritually too).
As we engage more intensely with higher energy (light, which literally relates to the way fiber optics and wifi technology carry information) via interactive and digital forms of social networks, sms, chats, etc, how will we form our own personal notion of who we are, not physically, but mentally and emotionally?
Who we are as an individual, as well as a society, mentally and emotionally?
On the level of mind(information, higher energy, higher light), are we still distinctively different from all the people that we have interacted (interfaced) with?
For those who dare to dig deeper, click on
http://hasnulsaidon.blogspot.com/2011/12/demythifying-ego-in-honor-of-jumaat.html